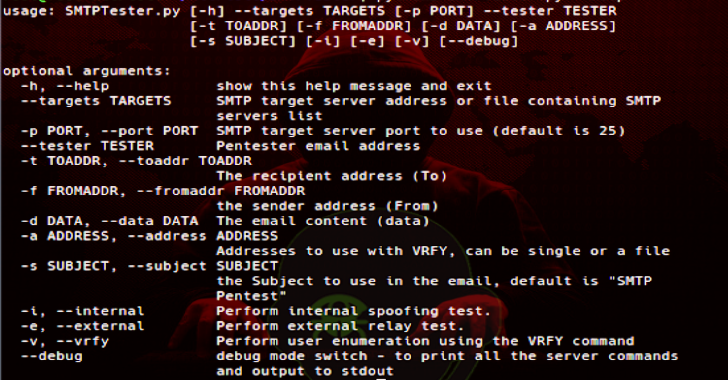 JARM fingerprints can be used to:

JARM support has been or is being added to:
SecurityTrails
Shodan
BinaryEdge
RiskIQ
Palo Alto Networks
Censys
360

To use it with Python 2 you’ll need the ipaddress module:

Batch run JARM on a large list at speed

Before learning how JARM works, it’s important to understand how TLS works. TLS and its predecessor, SSL, are used to encrypt communication for both common applications like Internet browsers, to keep your data secure, and malware, so it can hide in the noise. To initiate a TLS session, a client will send a TLS Client Hello message following the TCP 3-way handshake. This packet and the way in which it is generated is dependent on packages and methods used when building the client application. The server, if accepting TLS connections, will respond with a TLS Server Hello packet.

All of these factors lead to each TLS Server responding in a unique way. The combinations of factors make it unlikely that servers deployed by different organizations will have the same response.

JARM works by actively sending 10 TLS Client Hello packets to a target TLS server and capturing specific attributes of the TLS Server Hello responses. The aggregated TLS server responses are then hashed in a specific way to produce the JARM fingerprint.

The 10 TLS Client Hello packets in JARM have been specially crafted to pull out unique responses in TLS servers. JARM sends different TLS versions, ciphers, and extensions in varying orders to gather unique responses. Does the server support TLS 1.3? Will it negotiate TLS 1.3 with 1.2 ciphers? If we order ciphers from weakest to strongest, which cipher will it pick? These are the types of unusual questions JARM is essentially asking the server to draw out the most unique responses. The 10 responses are then hashed to produce the JARM fingerprint.

The JARM fingerprint hash is a hybrid fuzzy hash, it uses the combination of a reversible and non-reversible hash algorithm to produce a 62 character fingerprint. The first 30 characters are made up of the cipher and TLS version chosen by the server for each of the 10 client hello’s sent. A “000” denotes that the server refused to negotiate with that client hello. The remaining 32 characters are a truncated SHA256 hash of the cumulative extensions sent by the server, ignoring x509 certificate data. When comparing JARM fingerprints, if the first 30 characters are the same but the last 32 are different, this would mean that the servers have very similar configurations, accepting the same versions and ciphers, though not exactly the same given the extensions are different.

After receiving each TLS server hello message, JARM closes the connection gracefully with a FIN as to not leave the sockets open.

It is important to note that JARM is a high-performance fingerprint function and should not be considered, or confused with, a secure crypto function. We designed the JARM fingerprint to be human consumable as much as machine consumable. This means it is small enough to eyeball, share, and tweet with enough room for contextual details.

How JARM Can Be Used to Identify Malicious Servers

Malware command and control (C2) and malicious servers are configured by their creators like any other server and then deployed across their fleet. These therefore tend to produce unique JARM fingerprints. Below are examples of common malware and offensive tools and the JARM overlap with the Alexa Top 1M websites (as of Oct. 2020):

With little to no overlap of the Alexa Top 1M Websites, it should be unlikely for a host within an organization to connect to a server with these JARM fingerprints.