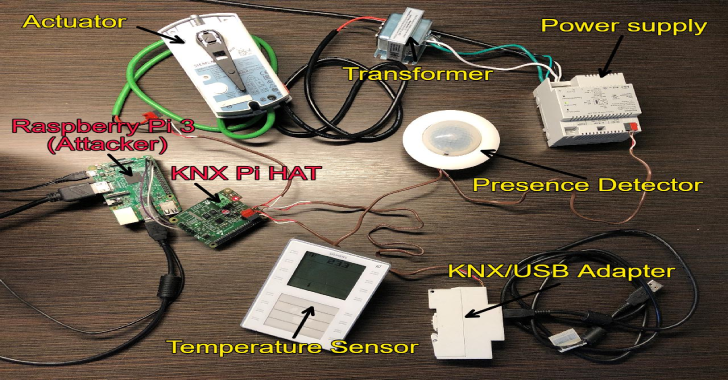 KNX-Bus-Dump is a popular building automation protocol and is used to interconnect sensors, actuators and other components of a smart building together. Our KNX Bus Dump tool uses the Calimero java library, which we contributed to for the sake of this tool, to record the telegrams sent over a KNX bus. Particularly, our tool accesses the KNX bus through a TPUART connection but can be changed to use different connection mediums. The telegrams are dumped into a Wireshark-compatible hex dump file. Timestamps are provided and normalized to UTC time with nanosecond precision to perform data analysis and provide a timeline of the telegrams. The hex dump file can be imported into Wireshark, which can be configured to dissect the KNX telegrams with Wireshark’s cEMI dissector.

This tool is designed to work with the Calimero Java library and is compatible with a Raspberry Pi 3 or 4 and a Raspberry Pi HAT for the TPUART connection.

Here are some guides to getting the environment setup:

Note: The next steps will assume that you setup your environment according to these guides.

In Wireshark, you have the ability to import packets from a hex dump and specify a dissector to analyze the packet.