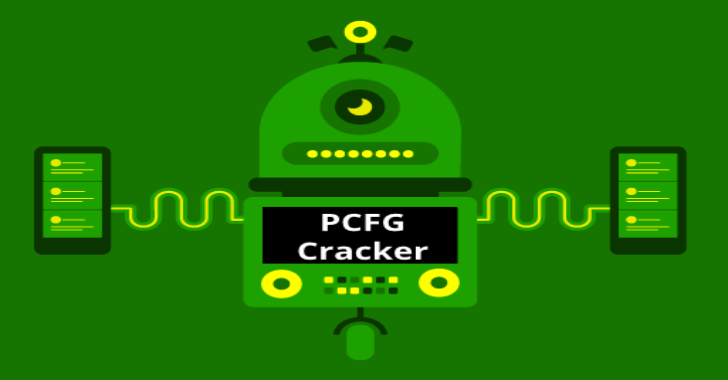 This project uses machine learning to identify password creation habits of users. A PCFG model is generated by training on a list of disclosed plaintext/cracked passwords. In the context of this project, the model is referred to as a ruleset and contains many different parts of the passwords identified during training, along with their associated probabilities.

This stemming can be useful for other cracking tools such as PRINCE, and/or parts of the ruleset can be directly incorporated into more traditional dictionary-based attacks. This project also includes a PCFG guess generator that makes use of this ruleset to generate password guesses in probability order.

This is much more powerful than standard dictionary attacks, and in testing has proven to be able to crack passwords on average with significantly less guesses than other publicly available methods.

The downside is that generating guesses in probability order is slow, meaning it is creating on average 50-100k guesses a second, where GPU based algorithms can create millions to billions (and up), of guesses a second against fast hashing algorithms.

Therefore, the PCFG guesser is best used against large numbers of salted hashes, or other slow hashing algorithms, where the performance cost of the algorithm is made up for with the accuracy of the guesses.

In short: A collection of tools to perform research into how humans generate passwords. These can be used to crack password hashes, but also create synthetic passwords (honeywords), or help develop better password strength algorithms.

You can use the default ruleset to start generating passwords without having to train on a new list, but it is recommended to train on a target set of passwords that may be closer to what you are trying to target. If you do create your own ruleset, here is a quick guide:

This generates guesses to stdout using a previously training PCFG ruleset. These guesses can then be piped into any program that you want to make use of them. If no ruleset is specified, the default ruleset DEFAULT will be used. For the purposes of this guide it will assume the ruleset being used is NEW_RULESET.

There are many cases where you may want to estimate the probability of a password being generated by a previously trained ruleset. For example, this could be part of a password strength metric, or used for other research purposes. A sample program has been included to perform this.