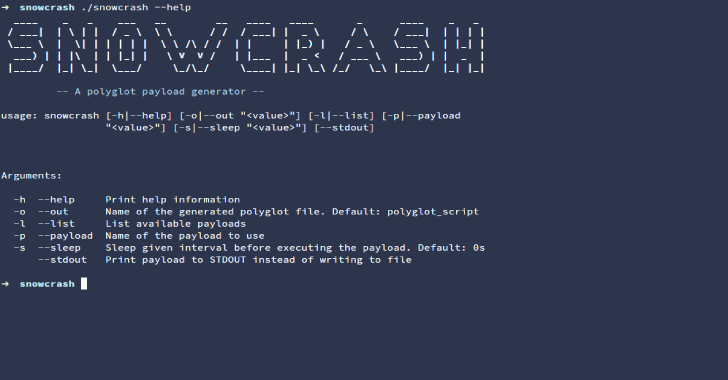 SNOWCRASH creates a script that can be launched on both Linux and Windows machines. Payload selected by the user (in this case combined Bash and Powershell code) is embedded into a single polyglot template, which is platform-agnostic.

There are few payloads available, including command execution, reverse shell establishment, binary execution and some more :>

Delay before script run and payload execution can be specified as an interval (using --sleep flag) in the form:

After generation, the extension of generated script containing the payload can be set either to .sh or .ps1 (depending on the platform we want to target).

Generated payload can be written directly to STDOUT (instead of writing to a file) using --stdout flag.