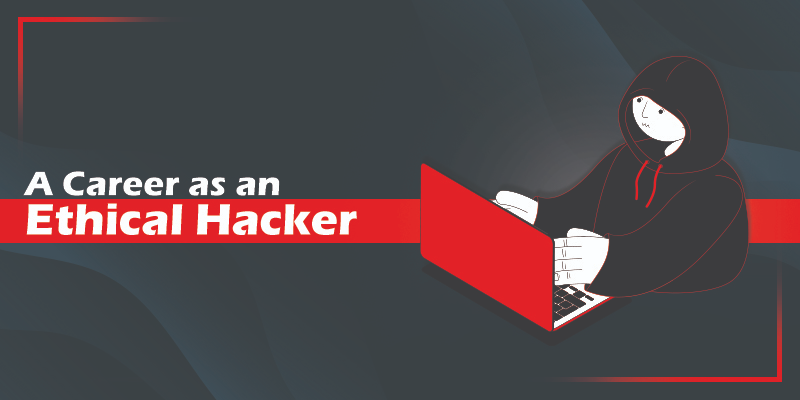 Alt Text: A Career as an Ethical Hacker

Ethical Hacking is a legal and authorized way of obtaining unauthorized access to a system, network, application, or data through duplicating strategies and activities usually carried out by malicious attackers.

H2: The Role of an Ethical Hacker

Ethical Hackers can either work for an organization or freelance. While, typically, an Ethical Hacker should have knowledge of all the latest security vulnerabilities, attacks, and threats, an in-house Ethical Hacker may only need to know the aspects of security concerned with the current organization.

Proficiency in Ethical Hacking skills can be of use for several other security roles like Security Analysts and Network Engineers.

The objective of threat modeling is to effectively gauge which area should be prioritized to maintain a secure system. Threat modeling optimizes network security through the identification of vulnerabilities and then introducing countermeasures to prevent future attacks or lessen the blow of an attack that has already happened.

Threat modeling is a repetitive process consisting of asset definition, understanding of each application’s function with respect to these assets, creation of security profiles for all applications, identification of potential threats and prioritizing them, and documentation of attacks or other adverse events and the steps taken to counteract them.

It is preferable not to leave threat modeling till after there has been an attack and rather have a theoretical idea beforehand.

The majority of the time, Ethical Hackers have the task of performing security assessments. It is a risk-based assessment of the security that is currently in place. These tests are periodically executed to test the security preparedness of an organization. The checks are done for vulnerabilities and the adherence to security policies, and later, steps are recommended that will minimize the risk of future attacks.

Concise and professional report writing is one of the crucial assignments of an Ethical Hacker. Security assessments and vulnerability threat assessments will be of no value if the appropriate information can not be presented clearly to the concerned people. Well-written reports are the primary deliverables.

H2: Skills of an Ethical Hacker

An Ethical Hacker understands networks, operating systems, firewalls, servers, and file systems. They are also aware of how file permissions work as well as generally knowledgeable about computer science. They possess strong coding skills and are well-versed in manual, direct, and hands-on attack tactics.

Ethical Hackers are required to stay ahead of the hackers and malicious attackers and must possess the ability to think like them. Creative and analytical thinking, thus, goes without saying. Following are the set of skills that an Ethical Hacker should master:

There are two certifications that you can opt for to become a certified Ethical Hacker.

A bachelor’s degree in a computer-related field with a focus on cyber security is another way one can become an Ethical Hacker. Additionally, there is an abundance of Youtube videos, tutorials, online communities and forums, magazines, and journals that are loaded with information on Ethical Hacking. One only needs to start somewhere.

To pursue a career as an Ethical Hacker, one will need to be open to continuous learning as newer and newer threats come into existence every day. There is a rise in the demand for skilled Ethical Hackers and due to this, many training programs and courses are there in the market for aspirants. A training program or a certification course can give your skills a boost. Above all, try out these skills in a real-world environment.