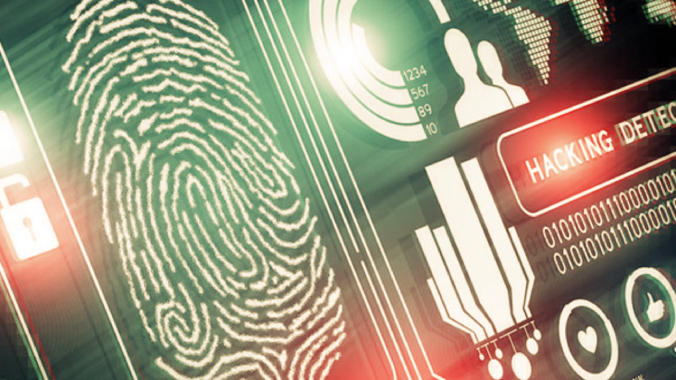 SLSA (pronounced “salsa”) is security framework from source to service, giving anyone working with software a common language for increasing levels of software security and supply chain integrity.

The best way to read about SLSA is to visit slsa.dev.

What’s in this repo?

The primary content of this repo is the docs/ directory, which contains the core SLSA specification and sources to the slsa.dev website.

You can read SLSA’s documentation here:

Requirements (How to attain compliance)

Each level provides an increasing degree of confidence, a way to say that software hasn’t been tampered with and can be securely traced back to its source.

It can take years to achieve the ideal security state – intermediate milestones are important. SLSA guides you through gradually improving the security of your software. Artifacts used in critical infrastructure or vital business operations may want to attain a higher level of security, whereas software that poses a low risk can stop when they’re comfortable.

The SLSA level is not transitive (see our FAQs). This makes each artifact’s SLSA rating independent from one another, allowing parallel progress and prioritization based on risk. The level describes the integrity protections of an artifact’s build process and top-level source, but nothing about the artifact’s dependencies. Dependencies have their own SLSA ratings, and it is possible for a SLSA 4 artifact to be built from SLSA 0 dependencies.

The following table provides a summary of the requirements for each level.

○ = required unless there is a justification

Attacks can occur at every link in a typical software supply chain, and these kinds of attacks are increasingly public, disruptive and costly in today’s environment. In developing SLSA, the requirements for each level are there to specifically mitigate the risk of such known examples.

Many recent high-profile attacks were consequences of supply-chain integrity vulnerabilities, and could have been prevented by SLSA’s framework. For example:

A SLSA level helps give consumers confidence that software has not been tampered with and can be securely traced back to source—something that is difficult, if not impossible, to do with most software today.

SLSA can help reduce supply chain threats in a software artifact, but there are limitations.

As part of our roadmap, we’ll explore how to identify important components, how to determine aggregate risk throughout a supply chain, and the role of accreditation.

This document covers all of the detailed requirements for an artifact to meet SLSA. For a broader overview, including basic terminology and threat model, see overview.

Reminder: SLSA is in alpha. The definitions below are not yet finalized and subject to change, particularly SLSA 3-4.

SLSA is a set of incrementally adoptable security guidelines, established by industry consensus. The standards set by SLSA are guiding principles for both software producers and consumers: producers can follow the guidelines to make their software more secure, and consumers can make decisions based on a software package’s security posture. SLSA’s four levels are designed to be incremental and actionable, and to protect against specific integrity attacks. SLSA 4 represents the ideal end state, and the lower levels represent milestones with corresponding integrity guarantees.

SLSA’s framework addresses every step of the software supply chain – the sequence of steps resulting in the creation of an artifact. We represent a supply chain as a directed acyclic graph of sources, builds, dependencies, and packages. One artifact’s supply chain is a combination of its dependencies’ supply chains plus its own sources and builds.

Immutable reference: An identifier that is guaranteed to always point to the same, immutable artifact. This MUST allow the consumer to locate the artifact and SHOULD include a cryptographic hash of the artifact’s contents to ensure integrity. Examples: git URL + branch/tag/ref + commit ID; cloud storage bucket ID + SHA-256 hash; Subversion URL (no hash).

Provenance: Metadata about how an artifact was produced.

Revision: An immutable, coherent state of a source. In Git, for example, a revision is a commit in the history reachable from a specific branch in a specific repository. Different revisions within one repo MAY have different levels. Example: the most recent revision on a branch meets SLSA 4 but very old historical revisions before the cutoff do not.

Requirements on the process by which provenance is generated and consumed:

Requirements on the contents of the provenance:

Consider the example of using curl through its official docker image. What threats are we exposed to in the software supply chain? (We choose curl simply because it is a popular open-source package, not to single it out.)

Suppose some developer’s machine is compromised. What attacks could potentially be performed unilaterally with only that developer’s credentials? (None of these are confirmed.)

SLSA intends to cover all of these threats. When all artifacts in the supply chain have a sufficient SLSA level, consumers can gain confidence that most of these attacks are mitigated, first via self-certification and eventually through automated verification.

Finally, note that all of this is just for curl’s own first-party supply chain steps. The dependencies, namely the Alpine base image and packages, have their own similar threats. And they too have dependencies, which have other dependencies, and so on. Each dependency has its own SLSA level and the composition of SLSA levels describes the entire supply chain’s security.

For another look at Docker supply chain security, see Who’s at the Helm? For a much broader look at open source security, including these issues and many more, see Threats, Risks, and Mitigations in the Open Source Ecosystem.

Let’s consider how we might secure curlimages/curl from the motivating example using the SLSA framework.

Let’s start by incrementally applying the SLSA principles to the final Docker image.

Initially the Docker image is SLSA 0. There is no provenance. It is difficult to determine who built the artifact and what sources and dependencies were used.

The diagram shows that the (mutable) locator curlimages/curl:7.72.0 points to (immutable) artifact sha256:3c3ff….

We can reach SLSA 1 by scripting the build and generating provenance. The build script was already automated via make, so we use simple tooling to generate the provenance on every release. Provenance records the output artifact hash, the builder (in this case, our local machine), and the top-level source containing the build script.

In the updated diagram, the provenance attestation says that the artifact sha256:3c3ff… was built from curl/curl-docker@d6525….

At SLSA 1, the provenance does not protect against tampering or forging but may be useful for vulnerability management.

To reach SLSA 2 (and later SLSA 3), we must switch to a hosted build service that generates provenance for us. This updated provenance should also include dependencies on a best-effort basis. SLSA 3 additionally requires the source and build platforms to implement additional security controls, which might need to be enabled.

In the updated diagram, the provenance now lists some dependencies, such as the base image (alpine:3.11.5) and apk packages (e.g. curl-dev).

At SLSA 3, the provenance is significantly more trustworthy than before. Only highly skilled adversaries are likely able to forge it.

SLSA 4 requires two-party source control and hermetic builds. Hermeticity in particular guarantees that the dependencies are complete. Once these controls are enabled, the Docker image will be SLSA 4.

In the updated diagram, the provenance now attests to its hermeticity and includes the cacert.pem dependency, which was absent before.

At SLSA 4, we have high confidence that the provenance is complete and trustworthy and that no single person can unilaterally change the top-level source.

We can recursively apply the same steps above to lock down dependencies. Each non-source dependency gets its own provenance, which in turns lists more dependencies, and so on.

The final diagram shows a subset of the graph, highlighting the path to the upstream source repository (curl/curl) and the certificate file (cacert.pem).

In reality, the graph is intractably large due to the fanout of dependencies. There will need to be some way to trim the graph to focus on the most important components. While this can reasonably be done by hand, we do not yet have a solid vision for how best to do this in an scalable, generic, automated way. One idea is to use ecosystem-specific heuristics. For example, Debian packages are built and organized in a very uniform way, which may allow Debian-specific heuristics.

An artifact’s SLSA level is not transitive, so some aggregate measure of security risk across the whole supply chain is necessary. In other words, each node in our graph has its own, independent SLSA level. Just because an artifact’s level is N does not imply anything about its dependencies’ levels.

In our example, suppose that the final curl images/curl Docker image were SLSA 4 but its curl-dev dependency were SLSA 0. Then this would imply a significant security risk: an adversary could potentially introduce malicious behavior into the final image by modifying the source code found in the curl-dev package. That said, even being able to identify that it has a SLSA 0 dependency has tremendous value because it can help focus efforts.

Formation of this aggregate risk measure is left for future work. It is perhaps too early to develop such a measure without real-world data. Once SLSA becomes more widely adopted, we expect patterns to emerge and the task to get a bit easier.

Accreditation and delegation will play a large role in the SLSA framework. It is not practical for every software consumer to fully vet every platform and fully walk the entire graph of every artifact. Auditors and/or accreditation bodies can verify and assert that a platform or vendor meets the SLSA requirements when configured in a certain way. Similarly, there may be some way to “trust” an artifact without analyzing its dependencies. This may be particularly valuable for closed source software.