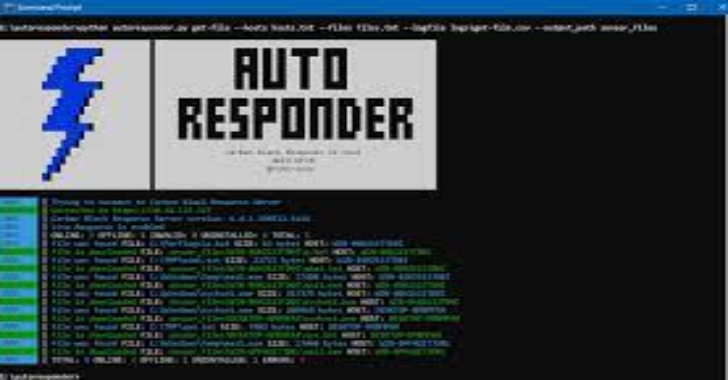 What can it do?

Who is it for?

For those who aren’t familiar with Carbon Black Response, it is a quite amazing product that delivers a solution to Incident Response cases in its own unique and awesome way. Carbon Black Response has a python API integration which helps people automate their tasks – saving a lot of time. So all you see in this project is just python API magic – nothing more, nothing less.

For the past months there was a lot of Incident Response cases that our team had to deal with. Although we got through it like a champ, I’ve noticed that our team had been struggling to communicate with the customer’s IT/System/Network Teams and when they did a single file search would result in weeks. Because we are Carbon Black’s Incident Response partner and because we heavily use Carbon Black Response in most cases we’re involved, I’ve decided to write a tool to help our team to get very BIG tasks done in a very short time with a minimum amount of help from others.

What’s the big deal? There are other tools and people for it

Fair enough, Now, Imagine a scenario where hundreds of the endpoints have been compromised, the attacker has established persistence on all of them and dropped a ton of files. And what a coincidence that is – whole IT team decided to go on a vacation leaving nobody back at the office to deal with the Incident and Domain Admin wants to file a paper for every key that’s pressed on his keyboard – eleminating your ability to identify and eradicate threats on compromised systems. Good luck! (True story btw)

How can I use it?

The code is written in python3 so any version above 3.4 will do fine

To scan the binary repository with THOR you just need to