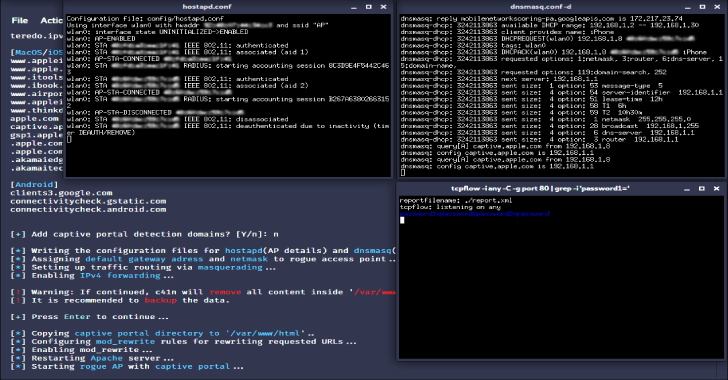 Installation consists of cloning the repo, running a script that will install dependencies , and making c41n executable. Script only works with apt package manager (Debian based distributions).

Dependencies can also be installed manually (without the script) with apt-get package manager (Debian based distributions):

c41n can be run in interactive, and quick mode.

To run c41n in interactive mode:

Redirection parameter can have the following values: