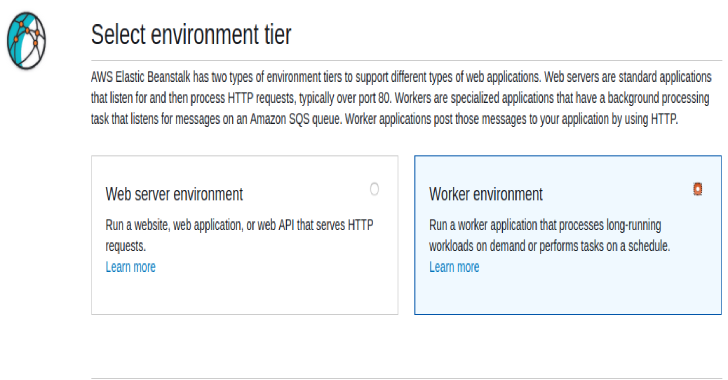 Dufflebag is a tool that searches through public Elastic Block Storage (EBS) snapshots for secrets that may have been accidentally left in. You may be surprised by all the passwords and secrets just laying around!

The tool is organized as an Elastic Beanstalk (“EB”, not to be confused with EBS) application, and definitely won’t work if you try to run it on your own machine.

Dufflebag has a lot of moving pieces because it’s fairly nontrivial to actually read EBS volumes in practice.

This is why it’s made as an Elastic Beanstalk app, so it can automagically scale up or down however much you like, and so that the whole thing can be easily torn down when you’re done with it.

Just keep an eye on your AWS console to make sure something it’s going haywire and racking up bills. We’ve tried to think of every contingency and provide error handling… but you’ve been warned!

You’ll need to add some additional AWS IAM permissions to the role: aws-elasticbeanstalk-ec2-role. Alternatively, you can make a whole new role with these permissions and set EB to use that role, but it’s a little more involved.

In any case, you’ll need to add:

The core application is written in Go, so you’ll need a Golang compiler. But the EB application is actually built into a .zip file (that’s just how EB works) so the makefile will output a zip for you.

You should now see a dufflebag.zip file in the root project directory.

Go to your AWS console and find the Elastic Beanstalk menu option. This is probably doable via the CLI too, but this description will use the console. Select Actions -> Create Environment.

Then in the next window choose Worker environment and hit Select.

In the next window, choose Preconfigured -> Go for the Platform.

Hit the Upload button and select the dufflebag.zip that you just built.

It will take a few minutes for AWS to make all the things and get started. Once created, Dufflebag will get started right away. No need to do anything else.

Once you have this up and running, you can try again with the safety valve removed. By default, Dufflebag only searches 20 EBS snapshots. (So that it doesn’t go haywire on your very first try)

In order to widen the search to the entire region, go into populate.go, remove the following line of code, and rebuild:

One of the reasons Dufflebag is designed as an Elastic Beanstalk app is so that you can automatically scale the program up or down easily.

By default, it’ll just run on one instance and be pretty slow. But if you’d like to juice it up a little, adjust the autoscaling in Elastic Beanstalk.

The full options of this are a little outside the scope of this document, so I’ll let you play with them. But in practice, I’ve found that a simple CPU use trigger works pretty well.

When setting up the environment above, you’ll find the options under the Configure more options button (instead of hitting Create environment) and then hit Scaling.

Getting The Stolen Goods

Dufflebag will copy out any interesting files out to the S3 bucket that you made earlier. (Technically, Dufflebag will use the first S3 bucket it finds who’s name starts with “dufflebag”.)

You can just watch the files come in one-by-one in your S3 bucket. They will be named:

If everything is going well, you shouldn’t need to read the logs. But just in case, Elastic Beanstalk lets apps write to log files as they run, and these are captured by navigating to the Logs tab.

Then hit Request Logs and Last 100 Lines. This will get you the most recent batch of Dufflebag logs. Hit the Download button to read it.

This file will contain a bunch of other system logs, but the Dufflebag part is under “/var/log/web-1.log” at the top.

In order to see the full log history, select Full Logs instead of Last 100 Lines. (Note that EB will rotate logs away pretty aggressively by default)

Additionally, you can get a sense of overall progress by looking at the SQS queue for the environment.

Elastic Beanstalk worker environments use SQS to manage the workflow. Each message in the queue for Dufflebag represents an EBS volume to process:

The Messages Available column shows how many volumes have not yet been processed.

The Messages in Flight column shows how many volumes are being processed right now.

Tweaking What To Search For

Dufflebag is programmed to search for stuff we thought would be likely to be “interesting”. Private keys, passwords, AWS keys, etc…

But what if you really want to search for something specific to YOU? Like, maybe you work for bank.com and would like to see what’s out there that references bank.com.

Doing so will require a minor amount of modification to the Dufflebag code, but not very much. Don’t worry! The logic for what to search for happens in inspector.go.

The pilfer() function is a goroutine that handles inspecting a file. The code there may look a little intimidating at first, but here’s what it’s doing. (And how you can modify that without much difficulty)

You can modify the searching logic here pretty easily by just changing what’s in those three lists.

Though I’d in general recommend leaving these in tact. These blacklists are designed to cover boring files that are present in a lot of filesystems and prevents Dufflebag from needing to inspect in-depth every single file on all of AWS.

Sensitive data you’re looking for MIGHT be in those files… but probably not.