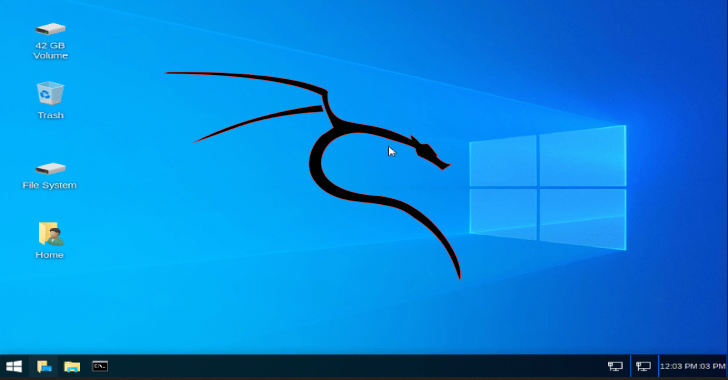 Last week, Kali Linux 2019.4 launched an Undercover Mode that can be used to make the Kali desktop look like Windows 10 quickly.

As we know, Kali is a Linux distribution designed for ethical hacking and penetration testing and is widely used against an enterprise by investigators and red teams to conduct security checks.

So if you’re working in a public place, hacking away, and maybe you don’t want to see and wonder what you’re doing for everyone with the unique Kali dragon. So, a little script that turns your Kali theme into a Windows default installation.

This mode is not a perfect replica of Windows 10, but to trick a passing user, it does a good enough job.

So let’s look at how Undercover Mode In Kali Linux can be enabled;

Note: You can run kali-undercover again to switch back to your normal desktop when using Undercover mode. You can also run the kali-undercover command directly from the search of the desktop.