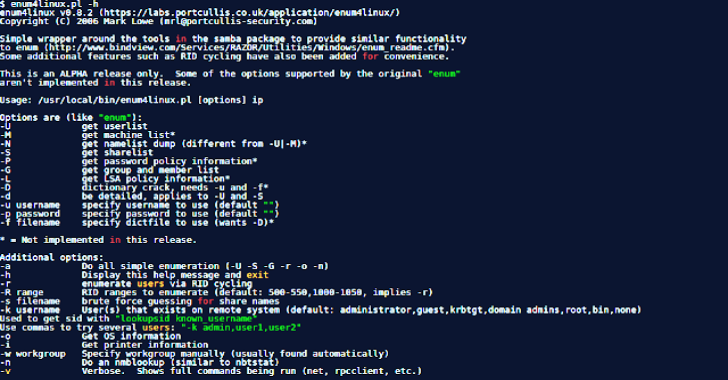 Enum4Linux is a Linux alternative to enum.exe for enumerating data from Windows and Samba hosts.

It is a tool for enumerating information from Windows and Samba systems. It attempts to offer similar functionality to enum.exe formerly available from www.bindview.com.

It is written in Perl and is basically a wrapper around the Samba tools smbclient, rpclient, net and nmblookup.

The tool usage can be found below followed by examples, previous versions of the tool can be found at the bottom of the page.

You will need to have the Samba package installed as this script is basically just a wrapper around rpcclient, net, nmblookup and smbclient.