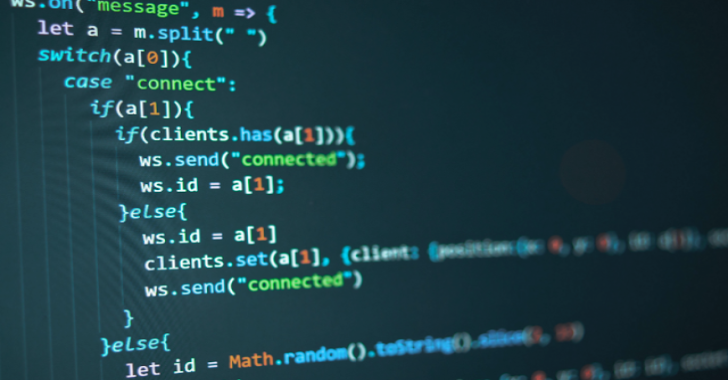 Fuzzilli is a (coverage-)guided fuzzer for dynamic language interpreters based on a custom intermediate language (“FuzzIL”) which can be mutated and translated to JavaScript.

The basic steps to use this fuzzer are:

Building and running Fuzzilli and the supported JavaScript engines inside Docker and on Google Compute Engine is also supported.

Check out main.swift to see a usage example of the Fuzzilli library and play with the various configuration options. Next, take a look at Fuzzer.swift for the highlevel fuzzing logic. From there dive into any part that seems interesting.

Patches, additions, other contributions etc. to this project are very welcome! However, do quickly check the notes for contributors. Fuzzilli roughly follows Google’s code style guide for swift.

It would be much appreciated if you could send a short note (possibly including a CVE number) to saelo@google.com or open a pull request for any vulnerability found with the help of this project so it can be included in the bug showcase section. Other than that you can of course claim any bug bounty, CVE credits, etc. for the vulnerabilities 🙂

When fuzzing for core interpreter bugs, e.g. in JIT compilers, semantic correctness of generated programs becomes a concern. This is in contrast to most other scenarios, e.g. fuzzing of runtime APIs, in which case semantic correctness can easily be worked around by wrapping the generated code in try-catch constructs. There are different possibilities to achieve an acceptable rate of semantically correct samples, one of them being a mutational approach in which all samples in the corpus are also semantically valid. In that case, each mutation only has a small chance of turning a valid sample into an invalid one.

To implement a mutation-based JavaScript fuzzer, mutations to JavaScript code have to be defined. Instead of mutating the AST, or other syntactic elements of a program, a custom intermediate language (IL) is defined on which mutations to the control and data flow of a program can more directly be performed. This IL is afterwards translated to JavaScript for execution. The intermediate language looks roughly as follows:

Which can e.g. be trivially translated to the following JavaScript code:

Or to the following JavaScript code by inlining intermediate expressions:

FuzzIL has a number of properties:

A number of mutations can then be performed on these programs:

A fuzzer instance (implemented in Fuzzer.swift) is made up of the following central components:

Furthermore, a number of modules are optionally available:

The fuzzer is event-driven, with most of the interactions between different classes happening through events. Events are dispatched e.g. as a result of a crash or an interesting program being found, a new program being executed, a log message being generated and so on. See Events.swift for the full list of events. The event mechanism effectively decouples the various components of the fuzzer and makes it easy to implement additional modules.

A FuzzIL program can be built up using a ProgramBuilder instance. A ProgramBuilder provides methods to create and append new instructions, append instructions from another program, retrieve existing variables, query the execution context at the current position (e.g. whether it is inside a loop), and more.

Fuzzilli uses a custom execution mode called REPRL (read-eval-print-reset-loop). For that, the target engine is modified to accept a script input over pipes and/or shared memory, execute it, then reset its internal state and wait for the next script. This removes the overhead from process creation and to a large part from the engine ininitializaiton.

There is one Fuzzer instance per target process. This enables synchronous execution of programs and thereby simplifies the implementation of various algorithms such as consecutive mutations and minimization. Moreover, it avoids the need to implement thread-safe access to internal state, e.g. the corpus. Each fuzzer instance has its own DispatchQueue, conceptually corresponding to a single thread. As a rule of thumb, every interaction with a Fuzzer instance must happen on that instance’s dispatch queue. This guarantees thread-safety as the queue is serial. For more details see the docs.

To scale, fuzzer instances can become workers, in which case they report newly found interesting samples and crashes to a master instance. In turn, the master instances also synchronize their corpus with the workers. Communication between masters and workers can happen in different ways, each implemented as a module:

Further resources about this fuzzer:

The following is a list of some of the bugs found with the help of Fuzzilli. Only bugs with security impact are included in the list. Special thanks to all users of Fuzzilli who have reported bugs found by it!

This is not an officially supported Google product.