KBD-Audio is a collection of command-line and GUI tools for capturing and analyzing audio data. The most interesting tool is called keytap – it can guess pressed keyboard keys only by analyzing the audio captured from the computer’s microphone.

Record audio to a raw binary file on disk

Playback a recording captured via the record-full tool

Record audio only while typing. Useful for collecting training data for keytap

Playback a recording created via the record tool

Detect pressed keys via microphone audio capture. Uses statistical information (n-gram frequencies) about the language. No training data is required. The ‘recording.kbd’ input file has to be generated via the record-full tool and contains the audio data that will be analyzed. The ‘n-gram.txt’ file has to contain n-gram probabilities for the corresponding language. 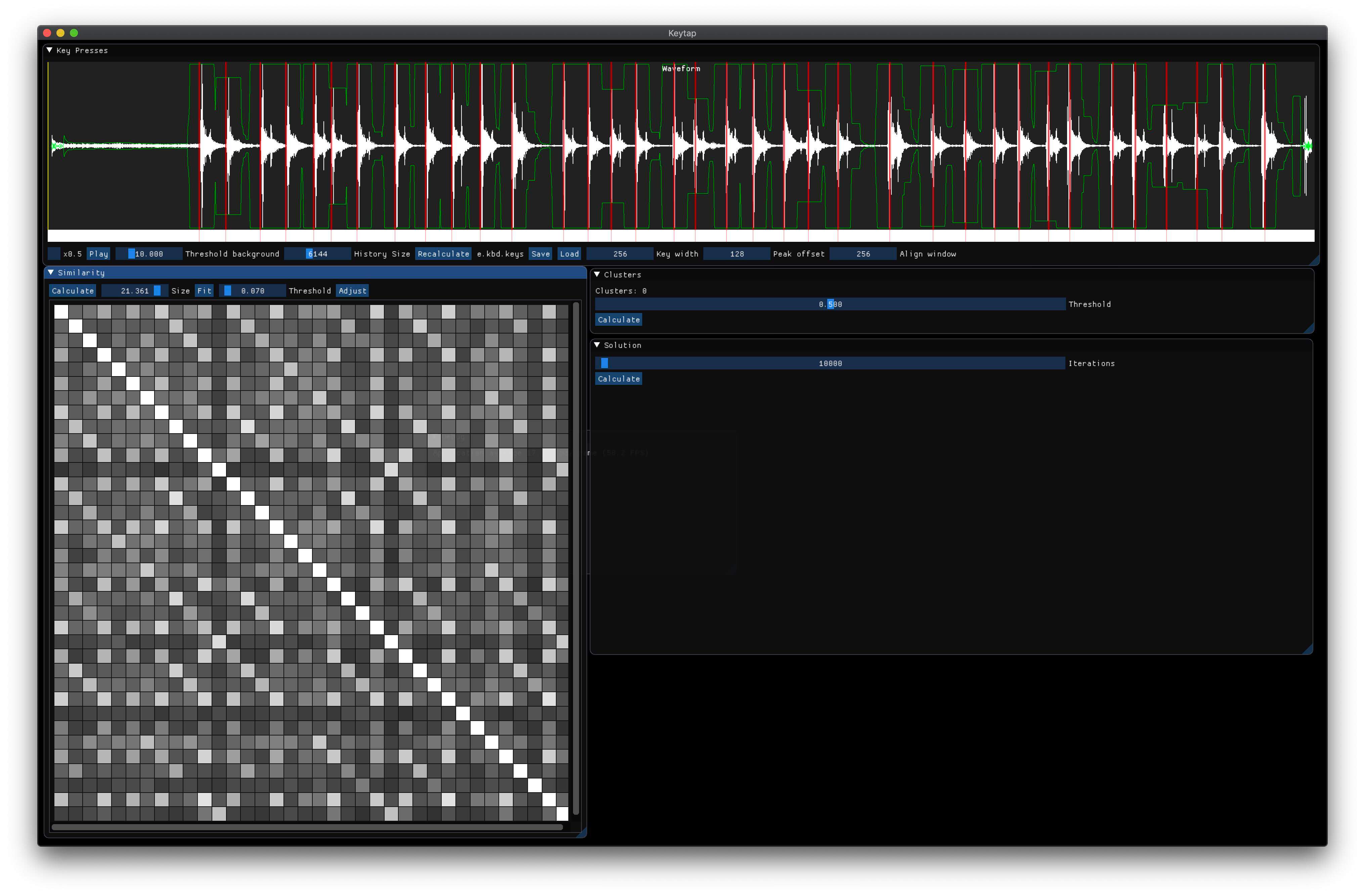 Visualize waveforms recorded with the record-full tool. Can also playback the audio data.