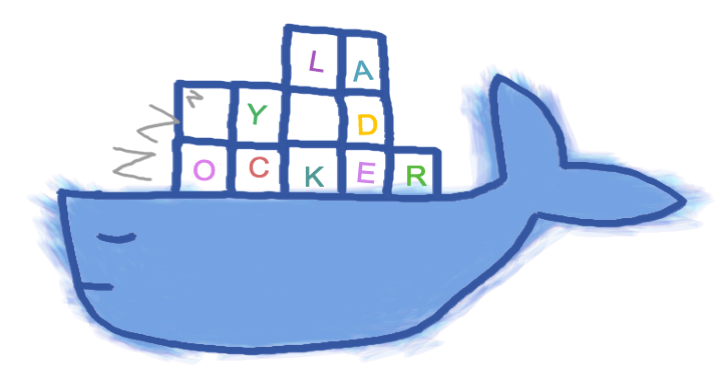 Lazydocker is a simple terminal UI for both docker and docker-compose, written in Go with the gocui library.

Minor rant incoming: Something’s not working? Maybe a service is down. docker-compose ps. Yep, it’s that microservice that’s still buggy. No issue, I’ll just restart it: docker-compose restart. Okay now let’s try again. Oh wait the issue is still there. Hmm. docker-compose ps. Right so the service must have just stopped immediately after starting. I probably would have known that if I was reading the log stream, but there is a lot of clutter in there from other services. I could get the logs for just that one service with docker compose logs --follow myservice but that dies everytime the service dies so I’d need to run that command every time I restart the service. I could alternatively run docker-compose up myservice and in that terminal window if the service is down I could just up it again, but now I’ve got one service hogging a terminal window even after I no longer care about its logs. I guess when I want to reclaim the terminal realestate I can do ctrl+P,Q, but… wait, that’s not working for some reason. Should I use ctrl+C instead? I can’t remember if that closes the foreground process or kills the actual service.

Memorising docker commands is hard. Memorising aliases is slightly less hard. Keeping track of your containers across multiple terminal windows is near impossible. What if you had all the information you needed in one terminal window with every common command living one keypress away (and the ability to add custom commands as well). Lazydocker’s goal is to make that dream a reality.

Normally lazydocker formula can be found in the Homebrew core but we suggest you to tap our formula to get frequently updated one. It works with Linux, too.

You can install lazydocker using scoop:

You can manually download a binary release from the release page.

The script installs downloaded binary to /usr/local/bin directory by default, but it can be changed by setting DIR environment variable.

You can install lazydocker using your AUR package manager of choice or by running:

A development version of the AUR package is also available

For development, you can build the image using:

Call lazydocker in your terminal. I personally use this a lot so I’ve made an alias for it like so:

(you can substitute .zshrc for whatever rc file you’re using)

everything is one keypress away (or one click away! Mouse support FTW):

If you would like to support the development of lazydocker, consider sponsoring me (github is matching all donations dollar-for-dollar for 12 months)

By opening lazydocker, clicking on the ‘project’ panel in the top left, and pressing ‘o’ (or ‘e’ if your editor is vim). See Config Docs

In the future I want to make this the default, but for now there are some CPU issues that arise with wrapping. If you want to enable wrapping, use gui.wrapMainPanel: true

Because we support mouse events, you will need to hold option while dragging the mouse to indicate you’re trying to select text rather than click on something. Alternatively you can disable mouse events via the gui.ignoreMouseEvents config value.

By default we only show logs from the last hour, so that we’re not putting too much strain on the machine. This may be why you can’t see logs when you first start lazydocker. This can be overwritten in the config’s commandTemplates

If you are running lazydocker in Docker container, it is a know bug, that you can’t see logs or CPU usage.