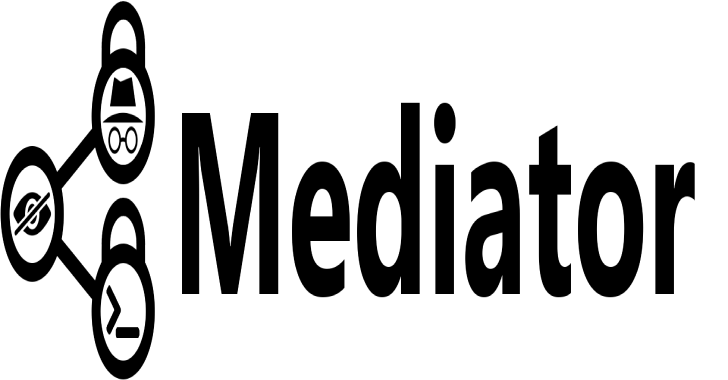 Mediator is an end-to-end encrypted reverse shell in which the operator and the shell connect to a “mediator” server that bridges the connections. This removes the need for the operator/handler to set up port forwarding in order to listen for the connection. Mediator also allows you to create plugins to expand the functionality of the reverse shell.

You can run Mediator’s scripts as standalone executables or you can import them for integration into other pentesting and incident response tools.

Plugins allow you to add extra commands that can execute code on the operator’s host, the target host, or both! Please refer to the README in the plugins directory for more information about plugins.

The client scripts can be run on Windows or Linux, but you’ll need to stand up the server (mediator.py) on a Linux host. The server is pure Python, so no dependencies need to be installed. You can either run the server script with

or you can build a Docker image with the provided Dockerfile and run it in a container (make sure to publish ports 80 and 443).

You will need to install the dependencies found in requirements.txt) for the clients to work. You can do this with the following command:

See Tips and Reminders at the bottom for help on distributing the clients without worrying about dependencies.

The handler and the reverse shell can be used within other Python scripts or directly via the command line. In both cases, the clients can accept arguments for the server address and connection key. Usage of those arguments is described below.

For Python script usage, the address of the mediator host is required upon instantiation:

If executing a client script directly from a shell, you can either hard code the address at the bottom of the script, or the server address can be specified as an argument with the -s or --server flag:

It is important to make sure each handler is using a unique connection key to avoid a race condition resulting in the wrong shell being given to an operator.