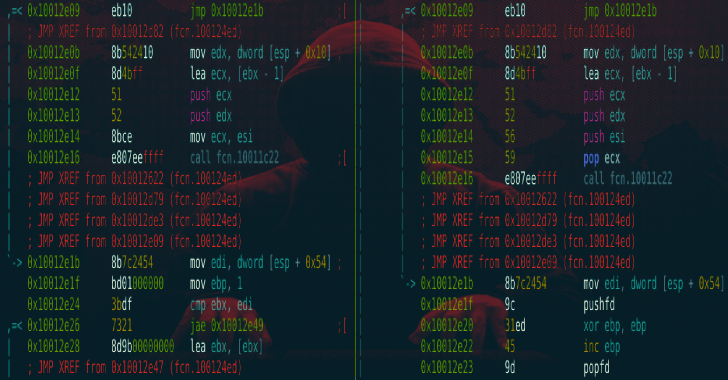 Metame is a simple metamorphic code engine for arbitrary executable. Metamorphic code is code that when run outputs a logically equivalent version of its own code under some interpretation.

This is used by computer viruses to avoid the pattern recognition of anti-virus software. It implementation works this way:

It currently supports the following architectures:

Also, it supports a variety of file formats, as radare2 is used for file parsing and code analysis.

Example of code before and after mutation:

Also Read – PingCastle : Get Active Directory Security At 80% In 20% Of The Time

This should also install the requirements.

You will also need radare2. Refer to the official website for installation instructions.

simplejson is also a “nice to have” for a small performance boost:

Use metame -h for help.