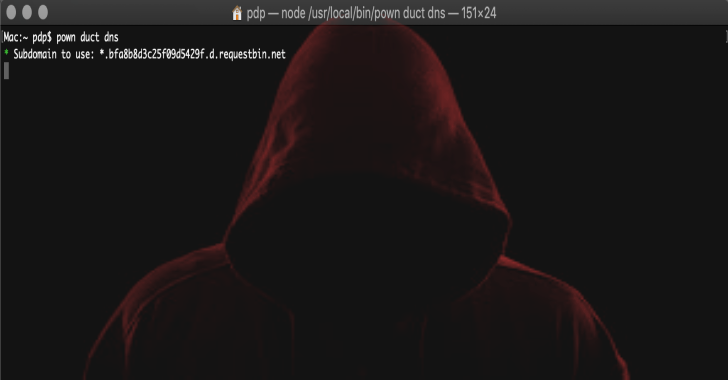 Note : This tool is taking advantage of http://requestbin.net service. Future versions will use a dedicated, custom-built infrastructure.

This tool is meant to be used as part of Pown.js but it can be invoked separately as an independent tool.

Otherwise, install this module locally from the root of your project:

You can also use the global pown to invoke the tool locally:

There are cases when we need to perform an attack such as sql injection, XSS, XXE or SSRF but the target application is not providing any indication that it is vulnerable. One way to be sure if a vulnerability is present is to try to inject a valid attack vector which forces a DNS resolver to ask for a controlled domain. If the resolution is successful, the attack will be considered successful.

NOTE: You might be familiar with Burp Collaborator which provides a similar service for customers.

First, we need a disposable dns name to resolve:

Using the provided DNS, compose your payload. For example, the following could trigger a DNS resolution if a XXE vulnerability is present.

If the attack was successful, we will get a message in the terminal.