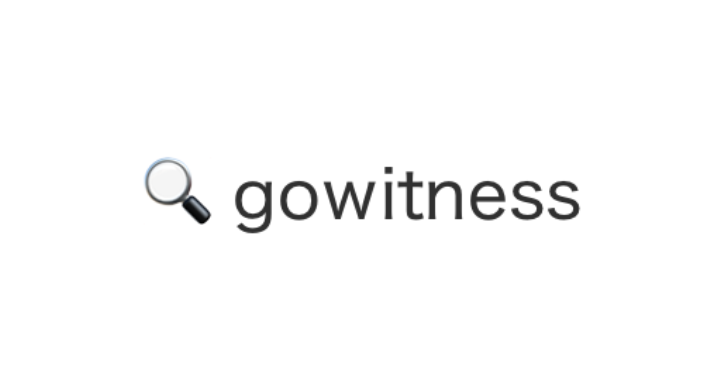 Gowitness is a website screenshot utility written in Golang, that uses Chrome Headless to generate screenshots of web interfaces using the command line. Both Linux and macOS is supported, with Windows support ‘partially working‘.

Inspiration for gowitness comes from Eyewitness. If you are looking for something with lots of extra features, be sure to check it out along with these other projects.

All you would need is an installation of the latest Google Chrome or Chromium and toolitself. Itcan be downloaded using go get -u github.com/sensepost/gowitness or using the binaries available for download from the releases page.

To screenshot a page using docker, simply run the following command that would also pull the latest gowitness image:

If you want to read an nmap file, save it locally into a screenshots directory, and use it with:

For any other commands, you can get help similar to the local binary install. For example:

Available Commands:
file Screenshot URLs sourced from a file
help Help about any command
nmap Screenshot services from an Nmap XML file
report Work with gowitness reports
scan Scan a CIDR range and take screenshots along the way
single Take a screenshot of a single URL
version Prints the version of gowitness

To build it from source, follow the following steps:

This should result in a file being created called: https-www.google.com.png

This should result in many .png images in the current directory when complete. This can would also use 20 threads and not the default of 4.

This should result in an report.html file with a screenshot report.

This should result in an report.html file with a screenshot report where screenshots are sorted using perception hashing.

This should list the entries in the gowitness.db file.