MCExtractor is a tool which parses Intel, AMD, VIA and Freescale processor microcode binaries. It can be used by end-users who are looking for all relevant microcode information such as CPUID, Platform, Version, Date, Release, Size, Checksum etc.

MCExtractor can be also used as a research analysis tool with multiple structures which allow, among others, full parsing & information display of all documented or not microcode Headers.

Moreover, with the help of its extensive database, MCExtractor is capable of uniquely categorizing all supported microcodes as well as check for any microcodes which have not been stored at the Microcode Repositories yet.

To use MC Extractor, select one or multiple files and Drag & Drop them to its executable. You can also input certain optional parameters either by running MCE directly or by first dropping one or more files to it. Keep in mind that, due to operating system limitations, there is a limit on how many files can be dropped at once. If the latter is a problem, you can always use the -mass parameter to recursively scan entire directories as explained below.

There are various parameters which enhance or modify the default behavior of MC Extractor:

During operation, MC Extractor may encounter issues that can trigger Notes, Warnings and/or Errors. Notes (yellow/green color) provide useful information about a characteristic of this particular firmware. Warnings (purple color) notify the user of possible problems that can cause system instability. Errors (red color) are shown when something unexpected or problematic is encountered.

MC Extractor consists of two files, the executable (MCE.exe or MCE) and the database (MCE.db). An already built/frozen/compiled binary is provided by me for Windows only (icon designed by Alfredo Hernandez).

Thus, you don’t need to manually build/freeze/compile MC Extractor under Windows. Instead, download the latest version from the Releases tab, title should be “MC Extractor v1.X.X”. You may need to scroll down a bit if there are DB releases at the top.

The latter can be used to update the outdated DB which was bundled with the latest executable release, title should be “DB rXX”. To extract the already built/frozen/compiled archive, you need to use programs which support RAR5 compression.

MC Extractor should work at all Windows, Linux or macOS operating systems which have Python 3.6 support. Windows users who plan to use the already built/frozen/compiled binaries must make sure that they have the latest Windows Updates installed which include all required “Universal C Runtime (CRT)” libraries.

PyInstaller can build/freeze/compile MC Extractor at all three supported platforms, it is simple to run and gets updated often.

At dist folder you should find the final MCE executable. 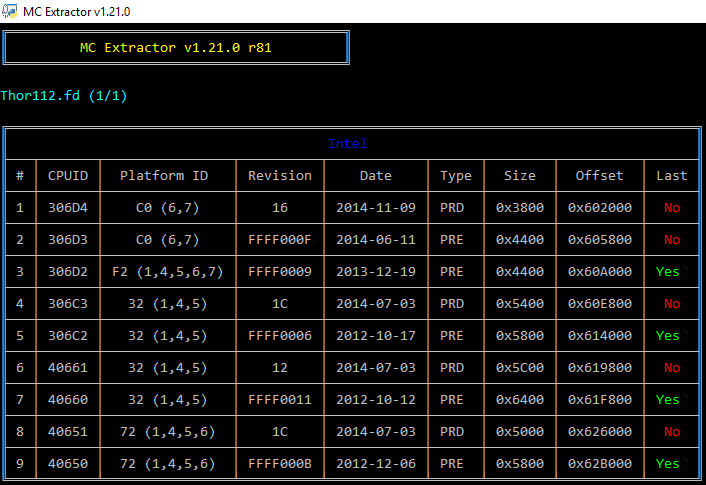 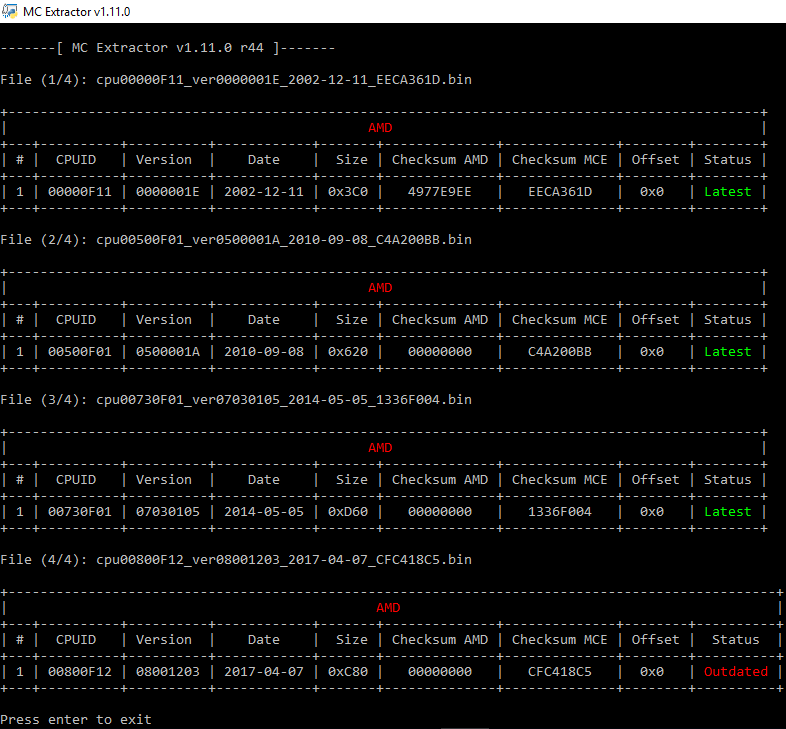 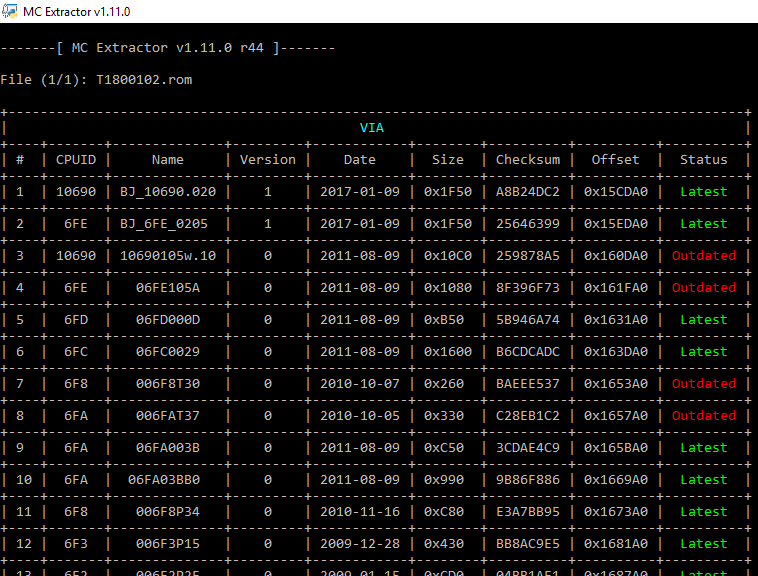 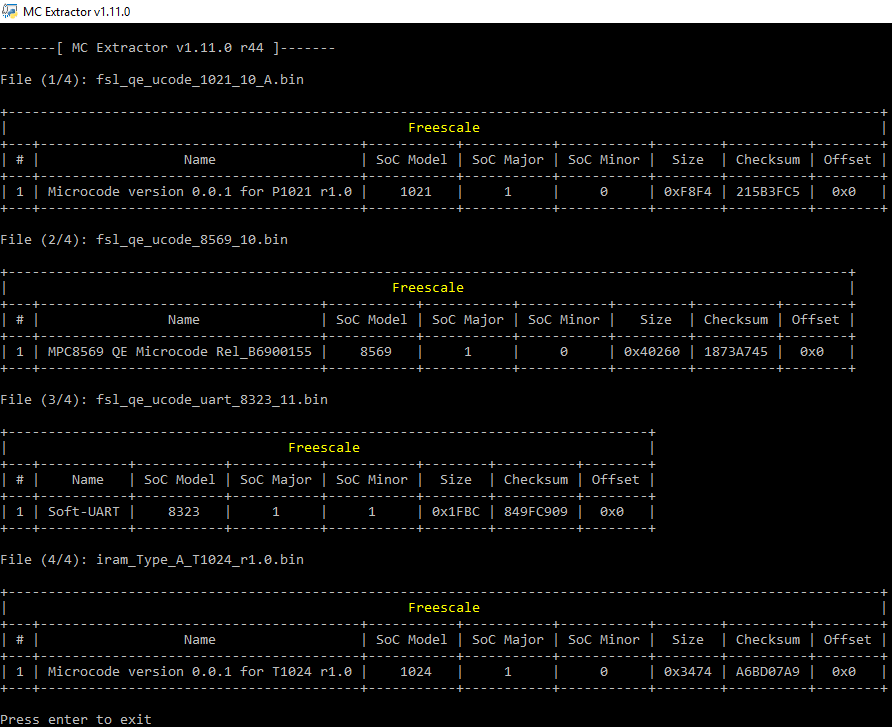 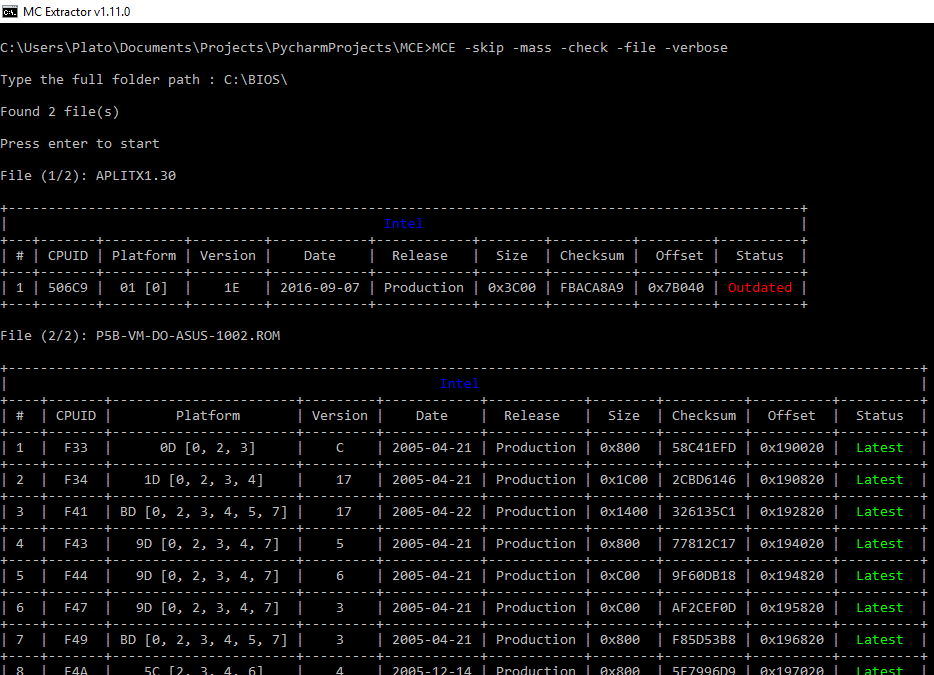 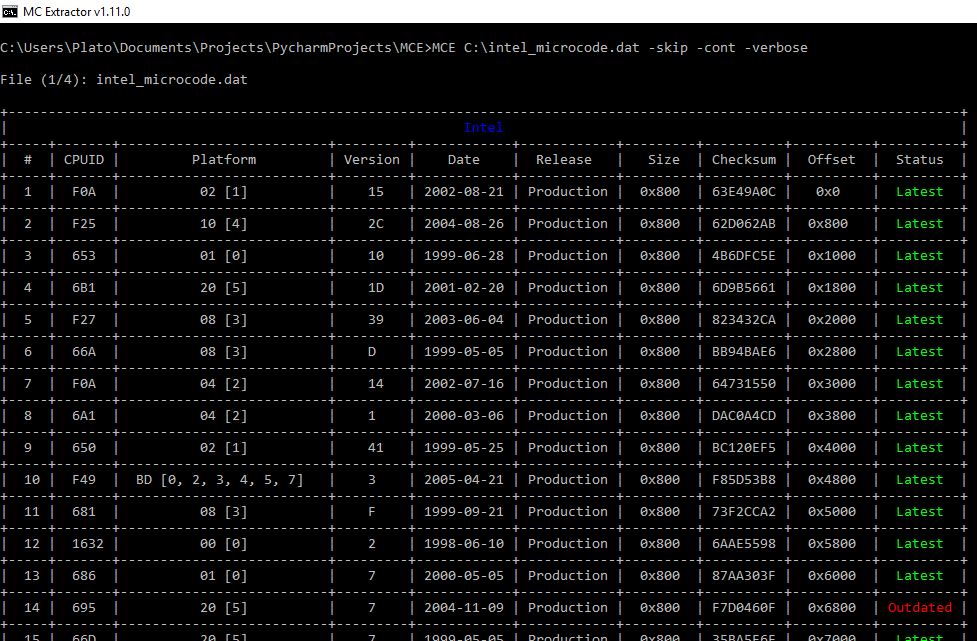 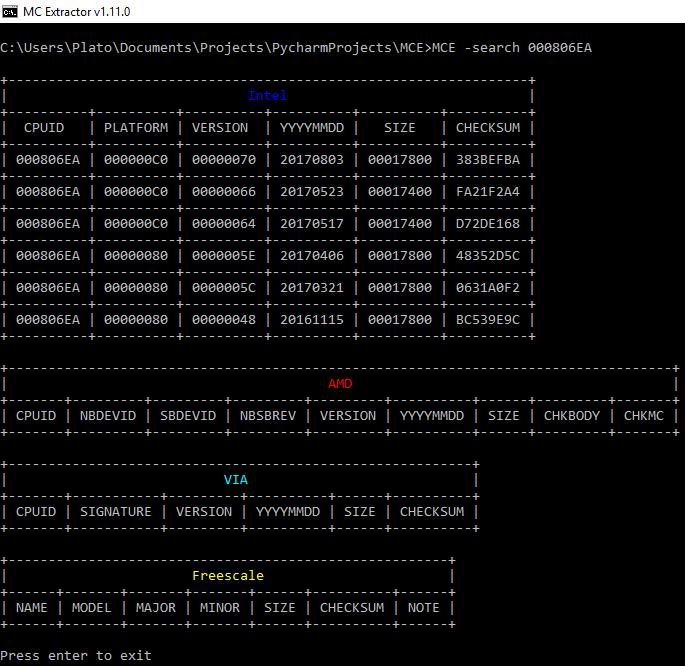 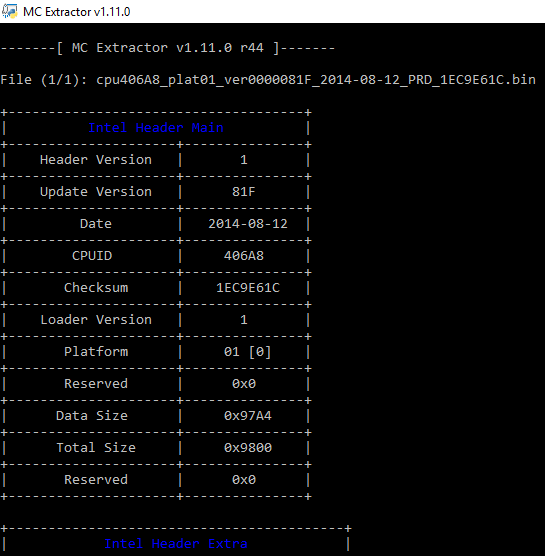 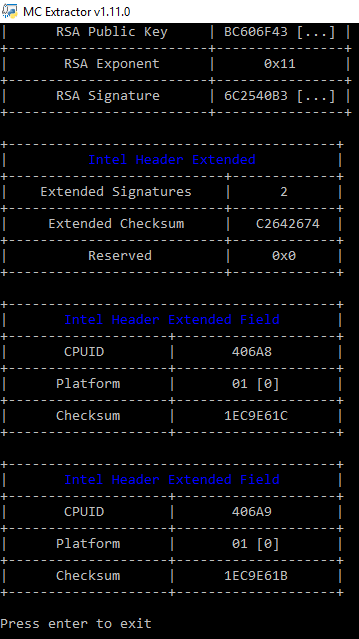 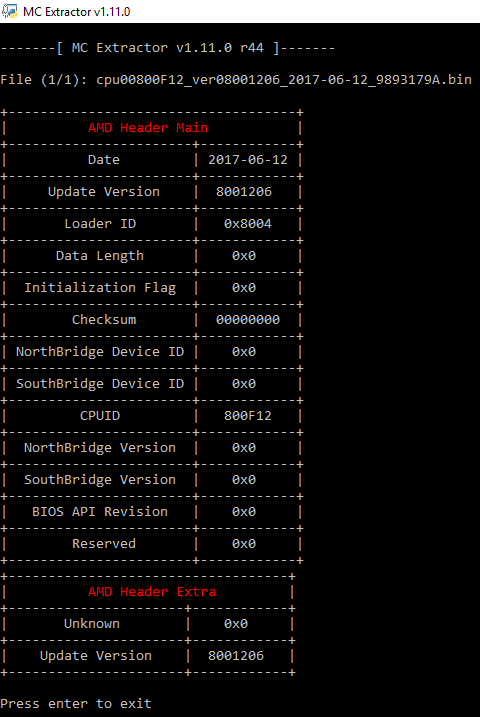 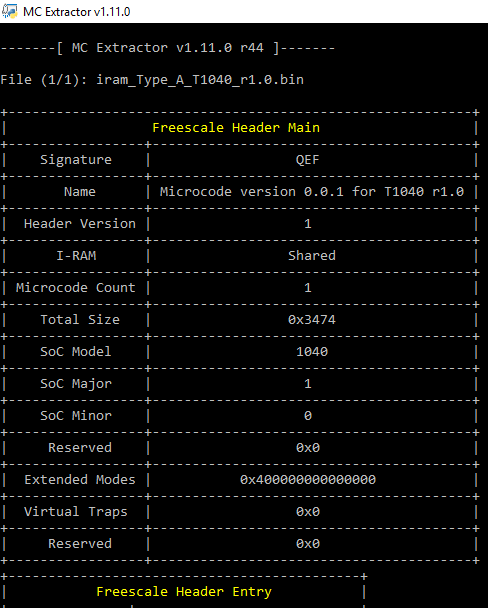 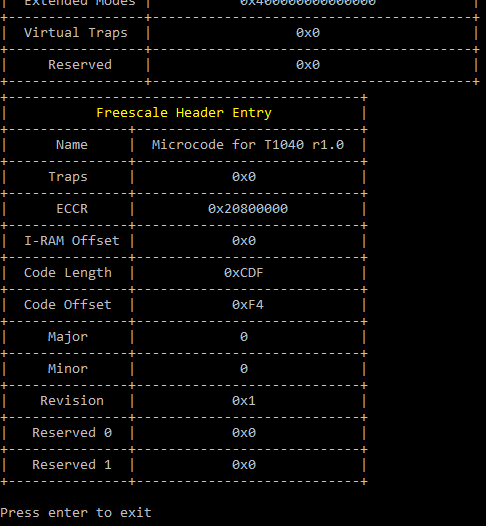 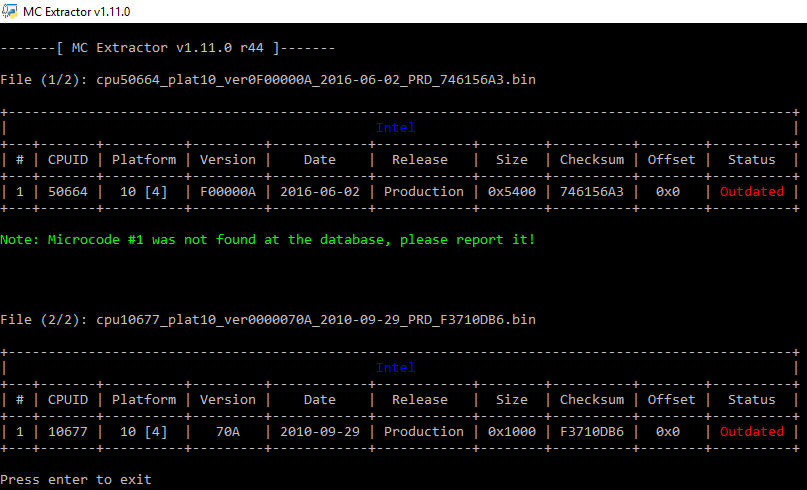 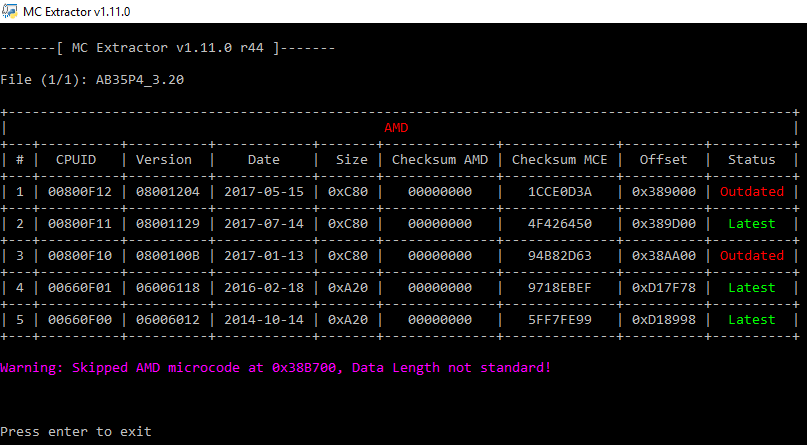 Azur3Alph4 : A PowerShell Module That Automates Red-Team Tasks For Ops...