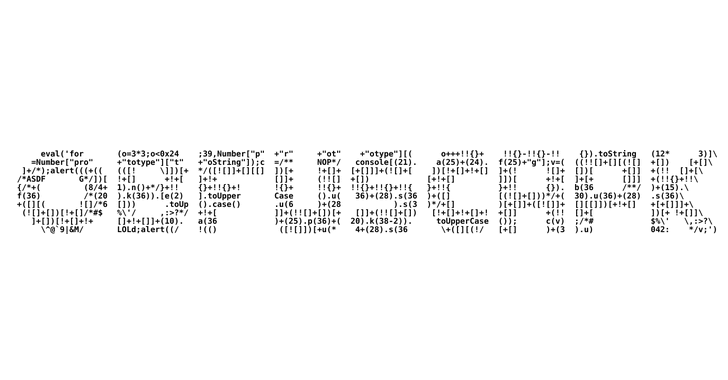 Obfuscapk is a modular Python tool for obfuscating Android apps without needing their source code, since apktool is used to decompile the original apk file and to build a new application, after applying some obfuscation techniques on the de-compiled smali code, resources and manifest.

The obfuscated app retains the same functionality as the original one, but the differences under the hood sometimes make the new application very different from the original (e.g., to signature based antivirus software).

Obfuscapk is designed to be modular and easy to extend, so it’s built using a plugin system. Consequently, every obfuscator is a plugin that inherits from an abstract base class and needs to implement the method obfuscate.

When the tool starts processing a new Android application file, it creates an obfuscation object to store all the needed information (e.g., the location of the decompiled smali code) and the internal state of the operations (e.g., the list of already used obfuscators).

The tool is easily extensible with new obfuscators: it’s enough to add the source code implementing the obfuscation technique and the plugin metadata (a <obfuscator-name>.obfuscator file) in the src/obfuscapk/obfuscators directory (take a simple existing obfuscator like Nop as a starting example).

The tool will detect automatically the new plugin, so no further configuration is needed (the new plugin will be treated like all the other plugins bundled with the tool).

There are two ways of getting a working copy of Obfuscapk on your own computer: either by using Docker or by using directly the source code in a Python 3.7 environment.

In both cases, the first thing to do is to get a local copy of this repository, so open up a terminal in the directory where you want to save the project and clone the repository:

This is the suggested way of installing Obfuscapk, since the only requirement is to have a recent version of Docker installed:

The official Obfuscapk Docker image is available on Docker Hub (automatically built from this repository):

If you downloaded the official image from Docker Hub, you are ready to use the tool so go ahead and check the usage instructions, otherwise execute the following commands in the previously created Obfuscapk/src/ directory (the folder containing the Dockerfile) in order to build the Docker image:

$ # Make sure to run the command in Obfuscapk/src/ directory.
$ # It will take some time to download and install all the dependencies.
$ docker build -t obfuscapk .

When the Docker image is ready, make a quick test to check that everything was installed correctly:

Obfuscapk is now ready to be used.

Make sure to have apktool, jarsigner and zipalign installed and available from command line:

To install and use apktool you need a recent version of Java, which should also have jarsigner bundled. zipalign is included in the Android SDK.

The location of the executables can also be specified through the following environment variables: APKTOOL_PATH, JARSIGNER_PATH and ZIPALIGN_PATH (e.g., in Ubuntu, run export APKTOOL_PATH=/custom/location/apktool before running Obfuscapk in the same terminal).

Apart from the above tools, the only requirement of this project is a working Python 3.7 installation (along with its package manager pip).

Run the following commands in the main directory of the project (Obfuscapk/) to install the needed dependencies:

$ # Make sure to run the commands in Obfuscapk/ directory.

$ # The usage of a virtual environment is highly recommended, e.g., virtualenv.
$ # If not using virtualenv (https://virtualenv.pypa.io/), skip the next 2 lines.
$ virtualenv -p python3.7 venv
$ source venv/bin/activate

After the requirements are installed, make a quick test to check that everything works correctly:

Obfuscapk is now ready to be used.

From now on, Obfuscapk will be considered as an executable available as obfuscapk, so you need to adapt the commands according to how you installed the tool:

Let’s start by looking at the help message:

There are two mandatory parameters: <APK_FILE>, the path (relative or absolute) to the apk file to obfuscate and the list with the names of the obfuscation techniques to apply (specified with the -o option, e.g., -o Rebuild -o NewSignature -o NewAlignment). The other optional arguments are as follows:

When running the above command, this is what happens behind the scenes:

As seen in the previous example,

Rebuild, NewSignature and NewAlignment obfuscators are always needed to complete an obfuscation operation, in order to build the final obfuscated apk. They are not actual obfuscation techniques, but they are needed in the build process and so they are included in the list of obfuscators to keep the overall architecture modular.

The obfuscators included in Obfuscapk can be divided into different categories, depending on the operations they perform:

The obfuscators currently bundled with Obfuscapk are briefly presented below (in alphabetical order). Please refer to the code for more details.

NOTE: not all the obfuscators below correspond to real obfuscation techniques (e.g., Rebuild, NewSignature, NewAlignment and VirusTotal), but they are implemented as obfuscators in order to keep the architecture modular and easy to extend with new functionality.