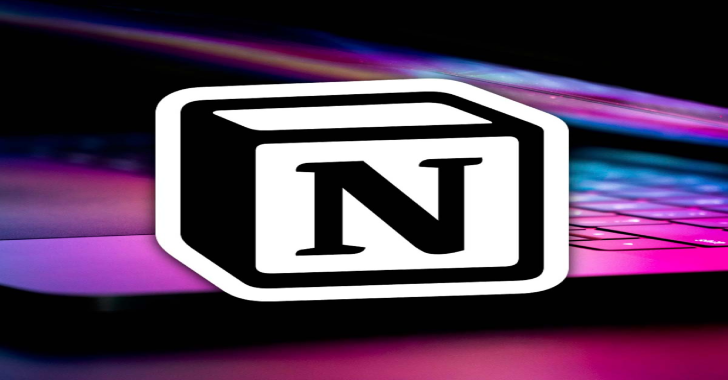 OffensiveNotion combines the capabilities of a post-exploitation agent with the power and comfort of the Notion notetaking application. The agent sends data to and receives commands from your Notion page. Your C2 traffic blends right in as the agent receives instructions and posts results via the Notion developer API. And when your blue team looks for evidence of shenanigans, none will be the wiser.

How do I get this thing working so I can see what it can do?

The best way to build the OffensiveNotion agent with your own custom configurations is with Docker and the main.py script. This acts as the turn-key point for the entire operation.

With two Docker commands, you can build the container that compiles the agent, set all of its configs in the source code, compile it, and have it available on your physical host. Then, you can run the commands again and change the configs if you want.

Building and Running the Container

This works best on Linux. You’ll need Docker, of course. Once you have Docker installed, clone the repo and change dirs into the repo.

To build the container:

Use this Docker run command as a base:

This script is the entrypoint of the container and handles everything you need to make an OffensiveNotion agent. It reads in the type of agent you want to make (Linux, Windows, or macOS), sets the configs in the source code, compiles the agent, and resets the source code for you.

It can also do some fun stuff like Web Delivery and a C2 check. More on these later.

Check out the full usage of main.py to see your options:

The only two arguments that are required are -o, for the OS, and -b, for the build (debug or release). The additional arguments are covered in the Misc section.

If you do not pass in the build and OS arguments, it defaults to a Linux debug agent.

Once the script is running, follow the prompts to perform the installation. You’ll input your API key and parent page ID. More information on these can be found in the next section, Setup.

At the end, you’ll have an agent in the main directory of the repo.

I want to build a Linux debug agent for testing:

I want to make a Windows release agent:

I wanna try out that cool macOS agent everyone is talking about, release build:

I want to build a Linux release agent and check to make sure my API key and parent page are good:

(Beast of a command incoming)

(let’s break it down)

The Notion API uses special API accounts that can be added to pages. This creates a two-way trust that only allows a specific API user account with a specific API key to access a specific page. The OPSEC here is great!

Next, click on “My integrations” in the upper-right corner:

The “listener” is just a page in a Notion notebook. But you can set it up to catch the callbacks for your agents:

Create your listener page. Add a new page to Notion, preferably in a notebook that’s not being used for anything else:

Copy the URL of your page down. If you’re in the web browser Notion client, this can be taken from the URL of the page. In the desktop app, enter ctl-l to copy it to your clipboard.

If your listener URL is:

You are now ready to run the agent!

The best way to make an operational agent is with Docker and main.py. This process is covered in the Quickstart guide. But if you would rather build the agent from source, you can do that, too.

If you’re building from source, we recommend using a Linux host to build the agent to simplify the process.

On Linux/macOS, you can run:

Download the OffensiveNotion repository and change to the agent/ directory.

Cargo uses what are known as “target triples” to indicate what platform to compile to. To see which ones you have installed, run rustup target list.

The native target (Linux on Linux, Windows on Windows, macOS on macOS) will work without additional configuration. We’ll discuss cross-compilation in a later section.

In addition to target triples, you can build either a debug or release target. debug is appropriate for testing, but release should be the only build deployed during engagements.

From the agent/ directory, run:

… to build the Linux debug or release agent.

The agent is built in the target/ subdirectory.

We recommend compiling to Windows from Linux because honestly, it works better. Plus, you have more control over the samples getting submitted to Defender.

…and build the agent:

The agent is built in the target/x86_64-pc-windows-gnu/ subdirectory.

Building natively on macOS is fairly straightforward. As above, follow these steps:

Now, before running cargo build, you’ll need to make sure the XCode command line tools are installed. If you’ve already set up XCode before, you’re set. Otherwise, run the following in a Terminal:

The necessary tools (clang, etc.) are now ready to use. You can now run cargo build --release. The result will be in the target/release/ directory inside of agent.

Cross-compiling to macOS from Linux.

It is in fact possible to cross-compile from Linux to macOS. This blog post contains the additional instructions necessary to do so. A few gotchas:

The compiled agent can be run with a few different arguments. There is no help menu for the compiled agent, so please reference the following for its possible parameters:

If the agent has been compiled with default values for its parameters (i.e. by setting it up with main.py), those values are used by the agent when running with no arguments. This is the most OPSEC safe way to execute the agent. See the Quickstart guide and main.py for more information.

If the agent has not been compiled with default values for parameters, it will attempt to locate cfg.json in the current working directory. If this file is present, it will run with those parameters.

If there is no cfg.json file available in this case, the agent will exit without establishing a connection.

-b: Base64 encoded config

Allows a base64 encoded version of the configuration options to be passed at execution.

Passes a config file path to the agent to pull configurations.