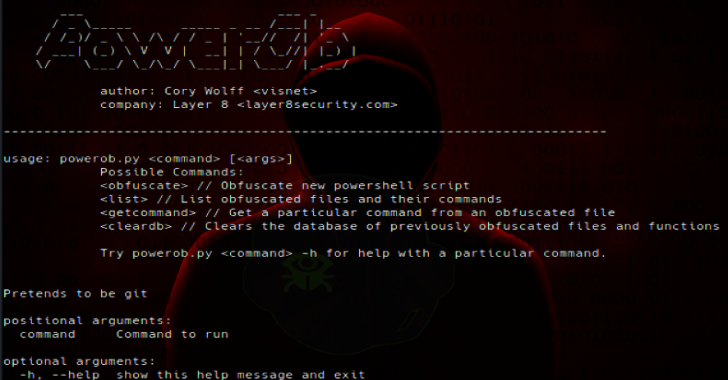 Powerob is an on-the-fly Powershell script obfuscator meant for red team engagements. Built out of necessity.

Takes an INPUTFILE obfuscates it and dumps the obfuscated version into OUTPUTFILE.

Lists all of the currently obfuscated files along with their commands and associated obfuscated commands.

For reference on the fly for when you forget. Takes the original command name and displays the obfuscated command name to be used in Powershell.

Maintenance function to clear the db of past obfuscated files and functions.
About

This was built out of the need to bypass endpoint security on a recent engagement. During priv esc attempts I could not download PowerUp.ps1 until it was obfuscated.

This is v1. It obfuscates the functions only and I will enhance the functionality as time allows. Pull requests and collaboration welcomed.