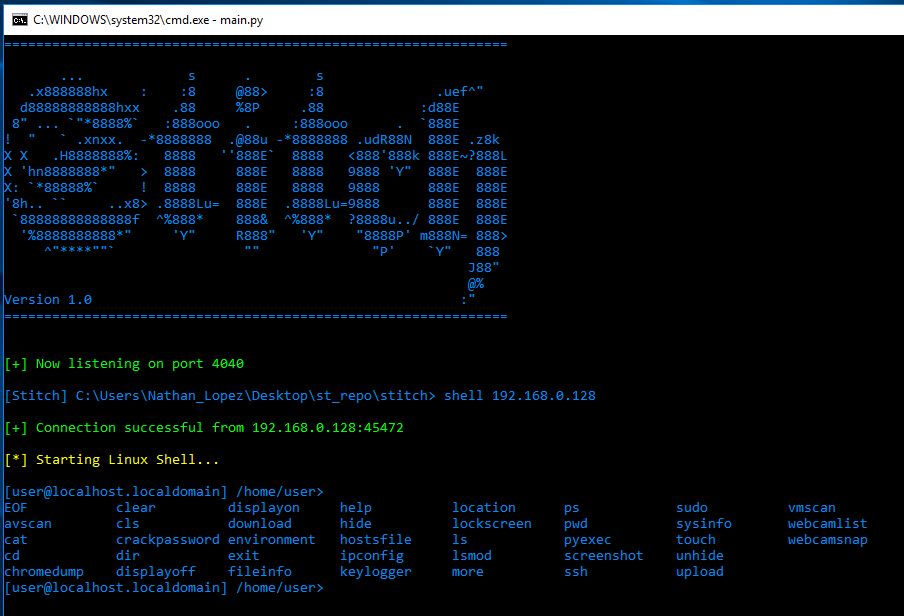 This is a cross-platform python framework that permits you to create custom payloads for Windows, Mac OSX, and UNIX moreover. you’re ready to choose whether or not the payload binds to a selected scientific discipline and port, listens for an association on a port, the choice to send associate degree email of system data once the system boots, associate degree choice to begin keylogger on boot. Payloads created will Python RAT solely run on the OS that they were created on.

All communication between the host and target is AES encrypted. Every Stitch program generates an AES key which is then put into all payloads. To access a payload the AES keys must match. To connect from a different system running Stitch you must add the key by using the showkey command from the original system and the addkey command on the new system.

For easy installation run the following command that corresponds to your OS: