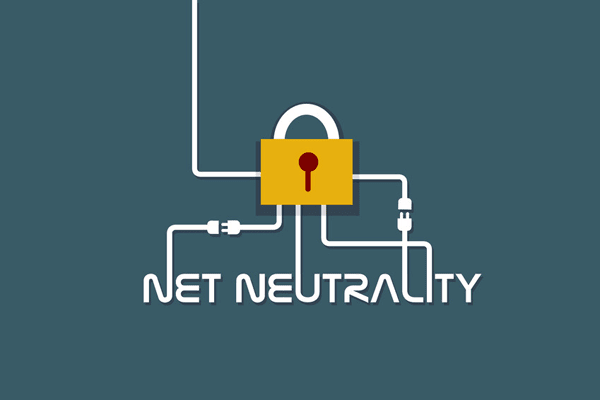 In the early days of the internet, internet communication was impartial. Data relaying was not influenced by ISPs based on the content, platform, source & destination address and user. Netizens could freely surf through the web without manipulation or interference from the Internet Service Providers. In other words, the net was neutral to all individuals and businesses alike.

The end of Net neutrality

Fast forward to 2018 when the internet landscape started changing. New regulations were passed that scraped off net neutrality.  In basic terms, net neutrality prohibited ISPs from blocking access to specific content, throttling traffic and any other discrimination in regard to internet usage.

The existence of net neutrality ensured there was a ‘fair’ marketplace. After the repeal of this law, ISPs were no longer mandated to treat all the data equally. They started introducing prioritization for organizations and individuals that were willing to pay more, throttling traffic, and all sorts of manipulation.

ISPs now have massive control over your online activity, and they can impact your internet experience. Luckily, VPNs change all that. VPNs give you the freedom you lack among many other benefits

Reasons why a VPN is integral in a net neutrality-free world.

Your online activity isn’t secure unless you do something about it. Your ISP can easily see the websites you access, content you stream or download, etc., and treat it differently based on your activities. This is one of the crunches that we have to deal with in a net neutrality-free world.

To ensure the ISP doesn’t monitor your activity on the web, you can use a VPN. VPNs hide your real IP address and encrypt all the traffic to your device. After that, your ISP is unable to make sense of what you are doing as everything appears as some garbled mess. The market today has several VPN providers, but here are the best VPNs that we recommend.

ISPs largely cut down your bandwidth especially if they detect that you are using up more bandwidth than other users. Since it is legal, they also create fast lanes and charge a premium for them in exchange for fast speeds. Consumers are then left with a choice of either paying extra for premium services or dealing with slow speeds.

VPNs provide you with an option to do away with bandwidth throttling. By encrypting your traffic, the ISP can’t see your web activity. This makes it hard for the ISP to cut down your bandwidth based on how much you use. Further, you can sidestep the ISP network when it is congested.

The repeal of net neutrality gave ISPs the authority to control which sites can and can’t be accessed by their customers. By the same token, ISPs can steer you to particular sites that they affiliate with.

VPNs are very useful in such cases as they allow you to evade these restrictions. By using a Top rated VPN, you gain unrestricted access to the open internet that the ISP may have repressed from you.

Generally, a VPN helps you restore the internet freedom that was taken away by the repeal of net neutrality. This is by ensuring that your activities are only known by you and giving you a new online identity.

How Does A VPN Work, Is It Safe?